Skip to main content
Apply 10% off with the code DAIWA10OFF at checkout on your first purchase.

What is Autoimmune Disease?

When you have an autoimmune disease your immune system starts reacting to your own tissues and cells. In addition, both your innate and adaptive immune system can be involved in attacking your body’s own cells in autoimmunity. Under normal circumstances, your body knows to not attack your body’s cells and to just leave them alone. However, something triggers your immune system to start a revolution and attack itself. Your immune system is like a traffic light. It knows when to stop and when to go. In autoimmune disease, the green light is constantly turned on. Our medications are there to make that green light turn yellow or red. Unfortunately, most of the time in rheumatology we do not know what caused the disease in the first place.

There is a list of potential things that could have caused it but we usually have no labs or testing that can pinpoint the exact cause.

Genetics definitely plays a role but so does the environment. Lifestyles choices can increase a person’s risk of developing an autoimmune disease, but there also is a genetic component that lies within a person that makes turning on that traffic light even possible. Despite there being overlap in symptoms between autoimmune diseases, different diseases have different parts of the immune system that are reacting with each person’s genes being completely different. That’s why no two patients will present the same with the same autoimmune disease. One patient with Lupus might have some symptoms that another person does not have. Also this explains why different autoimmune diseases have different outcomes and presentations. Blood tests may also vary from person to person, so it is important to have a holistic look at the patient. There is no single laboratory test that can pinpoint every single autoimmune disease. There are markers that doctors look for, like the rheumatoid factor for Rheumatoid Arthritis or an ANA antibody test for Lupus, but those are not definitive. When you combine the patient’s symptoms with lab work and scans, a doctor can put the puzzle together and identify what autoimmune disease the patient has.

There are more than 100 autoimmune diseases, but here are the most common ones. Remember, do not use a symptom list to diagnose yourself, but rather to open a discussion with your physician if you have any suspicions or concerns!

Type 1 Diabetes – This is not to be confused with Type 2, also called Adult-Onset diabetes. This type of diabetes is the result of the immune system attacking the cells in the pancreas that produce insulin, resulting in a decrease in insulin levels and the inability to break blood sugar in the blood. High blood sugar, when left untreated, can result in damage to major organs like the kidneys, eyes, and nerves.

Hashimoto’s Thyroiditis – this is the most common cause of hypothyroidism. It is an autoimmune disorder from chronic inflammation of thyroid 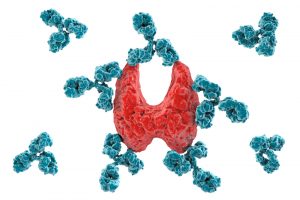 Rheumatoid Arthritis – In this type of arthritis, the immune system attacks the joints. This results in the joints being red, warm, sore, swollen, and stiff. One way doctors look for evidence of RA in lab results is through the labs rheumatoid factor or anti citrullinated protein

Psoriatic Arthritis – This inflammatory arthritis is classically associated with psoriasis. Patients can get pitting in their nails and inflammation to their entheses, also known as enthesitis.

Systemic Lupus Erythematosus – this is an autoimmune disease that can attack many different organs of the body. Lupus most commonly affects your skin, joints and internal organs. It is classically associated with a positive ANA(anti nuclear antibody) and double stranded DNA.

Ankylosing Spondylitis – an autoimmune disease that can over time cause the bones in your back to fuse. It can also affects your sacroiliac joints, which is where your spine connects to your pelvis. Classic symptoms are low back pain and stiffness as well as buttock pain.

Vasculitis – this is a group of autoimmune diseases that causes inflammation of the blood vessels. It can affect arteries and veins. There are many types of vasculitis and most of them are rare. Vasculitis can affect one organ or several organs at the same time.

Dermatomyositis – this is an autoimmune disease that affects the muscles and skin. Typically patients have muscle weakness to the point where they have trouble walking up the stairs or comb their hair.

Sjogren’s syndrome – this is an autoimmune disease that typically includes the two most common symptoms which are dry eyes and dry mouth. However, patients can also have joint pain, rashes, and interstitial lung disease as well.

Sarcoidosis – this is an autoimmune disease that is characterized by granulomas, which are tiny growths of inflammatory cells. These can be anywhere in the body including the lungs, eyes, lymph nodes, skin, etc. 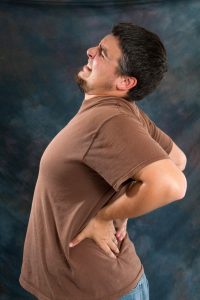 Multiple sclerosis – this is an autoimmune disease that affects the brain and spinal cord. The immune system attacks the protective sheath around the nerves and can cause damage to the nerves as well. Patients may numbness or tingling of their limbs and eventually have difficulty moving their limbs.

Myasthenia gravis – this is an autoimmune disease of the neuromuscular system that causes weakness in the skeletal muscles. Patients can have trouble swallowing, double vision and difficulty with moving their limbs. 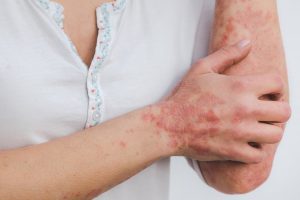 Idiopathic thrombocytopenic purpura – this is a blood disorder in which the body’s immune system produces antibodies against the platelets. 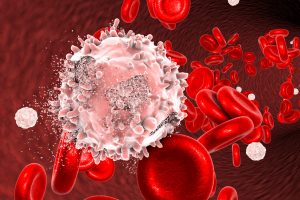 There are so many factors that underlie autoimmune disease and most factors have not been fully discovered yet. Many physicians and healthcare providers would say that it is a mystery as to what the triggers are to their patient’s autoimmune disease. However, what we do know is that it takes both genetics and the environment to produce autoimmunity in a patient. For some patients, their genetics plays a bigger role and for others the environment plays a bigger role. By using an integrative approach to these diseases, we can attribute the onset of autoimmunity due to the following factors: diet, stress, poor sleep, lack of exercise, drug use, smoking, environmental toxins, certain medications, and the gut microbiome.

How Stress Affects Your Gut Health

What Is Holiday Sickness?

The statements made within this website have not been evaluated by the Food and Drug Administration (FDA). These statements and the products of this company are not intended to diagnose, treat, cure or prevent any disease.

Your cart is currently empty.
Click here to continue shopping.
Search
View account
Thanks for contacting us! We'll get back to you as soon as possible. Thanks for subscribing Thanks! We will notify you when it becomes available!